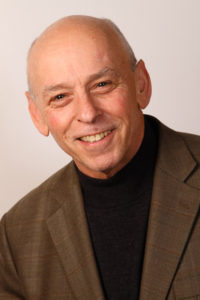 The December 15, 2020 issue of Kirkus Reviews lists my book as one of the op Indie Books of the year. Besides earning a Star rating by Kirkus when they first issued the review, I’m honored to receive the recognition. In January, 2021 , I was interviewed in their weekly podcast of best books. Check out the Fully Booked podcast.

As a recently retired electric utility executive working in the energy efficiency and renewable energy areas, I always wanted to return to my undergraduate specialty where I was awarded a degree in History. Researching and writing this little-known story of Iva Toguri allowed that university training to finally come to the fore.

In writing Iva’s story as Historical Fiction, my intent was to communicate how the sweep of history is made up of individual decisions by people, typically driven by events in their day-to-day lives.  Many of us suffered in our high school history classes with presentations that only emphasized dates and major events. Those events are shaped by good and bad decisions, emotions, and the influence of those around an individual. While I love reading a good historical textbook with lots of footnotes, for me the real lure is discovering the stories of people.  And who amongst us doesn’t love a good story?

Not all stories are positive or have a happy ending, and certainly, that’s the case with Iva Toguri.  As I researched and soaking in the material available about her life, I came to see Iva as a typical individual struggling to understand what is going on around her. Early in her life, she doesn’t appear very likable and very much self-centered.  This is a condition I believe many of us lived.

Later in life, Iva once said that she felt hardship would always follow her. Her values evolved when she started living in Japan with her relatives, who applied the standards of a different society to the young American. Then she was trapped by the events of December 7, 1941, and the start of the war in the Pacific.  Committing to being a loyal American in an enemy nation and all the hardship that entailed, I can see why she formed the opinion her life would be a series of hardships. In retrospect, looking at many of the poor decisions she made, there’s no doubt she directly contributed to that hardship.

What also stood out to me in researching her life was the bitter politics of 1948 that led to the decision by the Attorney General to prosecute Iva.  As we look around us in 2020, we may say there’s never been a time of political extremes such as today. But Iva’s case proves that not to be true. One lesson I took from studying the 1948 Presidential election is the institutions of our country were strong enough to move back to more balance and away from the culture of fear driven by extremists using racism, treason, and communism as their themes. Today, that same drumbeat of fear is being employed as a tool by many of our leaders.  I hope our institutions are again strong enough to right the ship and bring us back to more balance. In 1948, Iva Toguri and the Japanese-American community paid the price of being scapegoats by the majority. Many minorities in the U.S. are again paying that same price.